With your help we can provide

Medical Care
Medical care at our own clinic during school days

For many families who live hand-to-mouth from the land in the villages around Noah's Ark, the chances they can pay for their children to go to school are next to nothing. Many of the families are illiterate and have little hope of substantially changing their lives.

Typically, the father is absent and the mother moves from job to job in distant villages so care for these children comes down to grandparents. Most of these caretakers grow vegetables is a small garden to sell at the market and more often than not, this income is not enough even for basic needs.

We believe that education is the key to breaking this cycle of poverty and believe education will give them a New Horizon. Together with a parents committee, Noah's Ark identifies the neediest families in the surrounding villages and offer them a scholarship to attend school.

As a sponsor, you will receive an update two or three times reporting your sponsored child's academic progress, a photo plus a personal message or drawing.

You can be sure your sponsorship is used for what it is intended because missionaries, volunteers and the founders raise their own support through other channels. 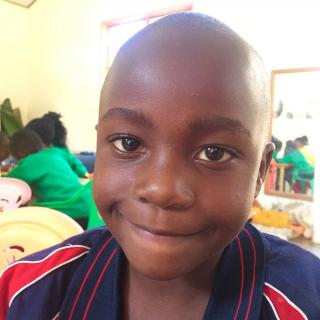 Robinah lives with her grandmother who has no job so there is no source of income for family. Her father is a potter but he's not responsible and doesn't take care of his other two children who are living with his mother. Robinah's mother sells undergarments but is so irresponsible and she doesn't want to have anything to do with her child. Her grandmother cannot feed Robinah as pay for her school fees. She also has an aunt who's been helping her with food and medication but she has a family of her own and cannot pay for Robinah’s school fees so Robinah needs help to keep her in school. 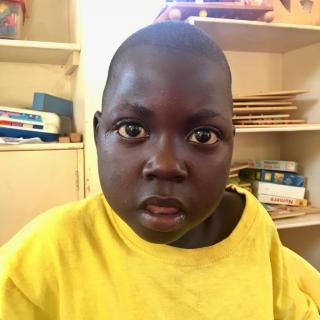 Linda lives 15 minutes walk from school. She's the second child of parents who are subsistence farmers. Her mother also creates beaded handicrafts to supplement their income. But it's not enough. Linda's learning got off to a slow start because of her handicapped arm, but she's now trying to catch up. 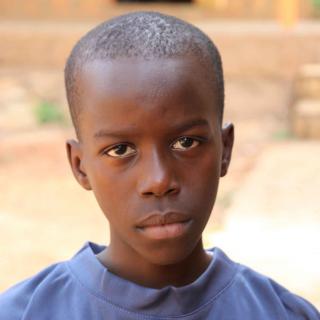 Jamiru is a young energized and cheerful boy living with his single mother in a single room wattle house in the suburbs of Kubiri village. Jamiru’s mother is highly dependent on her son as she is partially blind. Jamiru does most of the work at home and sometimes elsewhere in order to be able to provide a few essentials like soap, sugar and others. Jamiru is the acting bread winner in his mother’s house; he fetches for people water as well as washing dishes during his free time from where he earns a living. 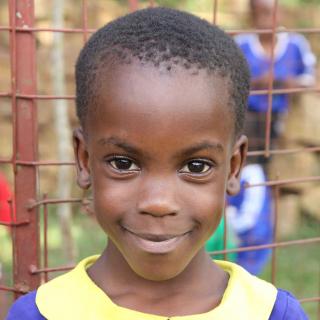 Joanita is a 5 year old girl who is the youngest in a family of five siblings. Joanita lives with her sick mother who had a swollen stomach; her father looked after her for a year and a half but he decided to move on and get another wife. This took a toll on the family because the father was the breadwinner of the home. He informed the family that he does not want anything to do with them, so the mother decided to put a small vegetable stall at her door step to feed her family. Joanita joined New horizon in Baby Class and loves reading story books and colouring. 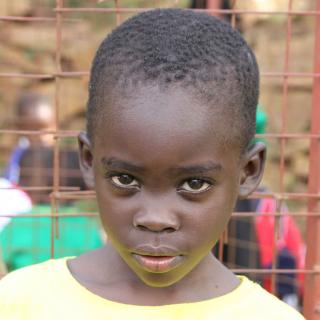 Klaus stated out as a child in the Children's home when his father brought him to us when he was just 8 days old. His mother died a few days earlier and his father asked us for help. We gave the father a job so he could be near Klaus. Now Klaus lives in a nearby village with his father and stil goes to school. 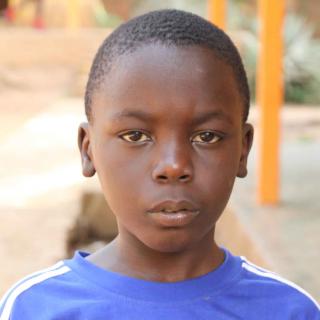 David is a sweet boy who, has learnt to come out of his shell and gained more confidence especially when playing with his peers. He was born in August 2011 in a village near Noah’s Ark called Takajjuge. He lives with his two siblings and his father who is works as a guard at a nearby school. David’s mother passed away recently; at that time she was washing clothes. Immediately after her passing on, his father took on the role of taking care of them and providing for all their basic needs despite the challenge of having less income. David joined New Horizon in baby class and has now graduated to Primary One. He loves singing and counting numbers that hang on the classroom wall. 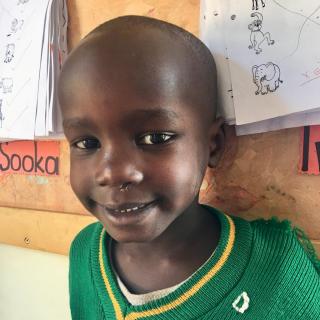 Both of Diana's parents are subsistence farmers. She's the 5th of six children. Every extra penny the family earns goes towards the treatment of her mother's heart condition as she needs medication on a monthly basis to ensure she stays alive to care for all of her children. Please help break the cycle of poverty by giving Diana an education. 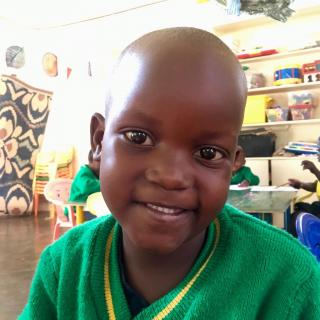 Joan’s mother doesn't have a job. Her new husband does not want her to work, meaning she earns nothing and cannot support her daughter. This man is not Joan's biological father and not prepared to pay for Joan’s school fees. Joan’s biological father separated with her mother with Joan two years old. He also doesn't support his daughter in any way doesn't take his responsibility seriously. He has other two children from two different women. When Joan's mother calls his just seem not interested in the child. So Joan needs financial support to attain an education and have a bright future. Tamale Ivan has a bright smile on his face as he goes about his day. He has attended New Horizon since Nursery School. Ivan was given into the care of his grandmother at the age of seven months. His grandmother has trouble walking and was able to provide the basics for her grandson with the help of her neighbours, but she could not provide school fees. Therefore Ivan was admitted into the New Horizon Sponsorship program. 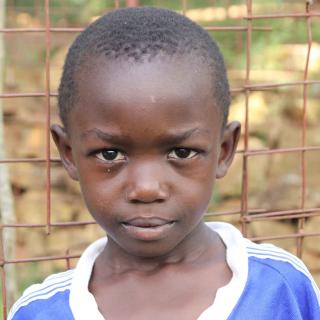 Emmanuel is a cheerful young boy who lives with his mother under the care of a Samaritan born again woman who accommodates, feeds and employs them whenever there’s an opportunity; he is the last of five siblings. Emmanuel’s mother is a hardworking lady who loves using opportunities that come her way to see the best for herself and her children. She has other children under the care of their father who is also a peasant though with a small business that keeps him going to sustain his family. He doesn’t support Emmanuel’s mother in any way and she has to struggle alone to see to it that her children have the best they desire to have.